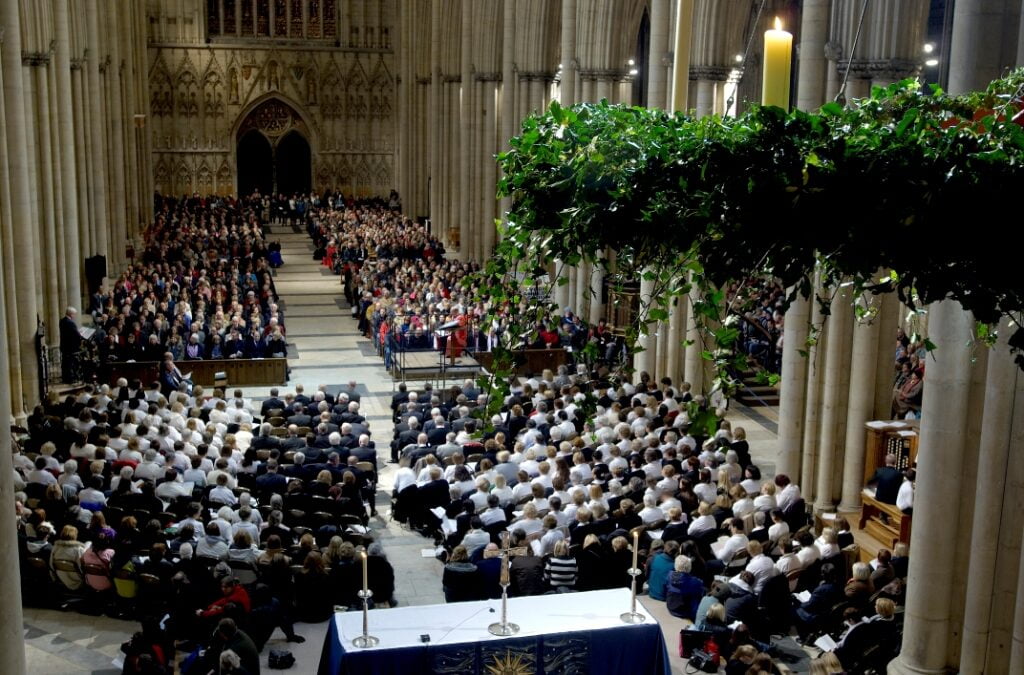 On opening my post after holiday I was amazed to find – amongst the bills and junk – a letter from the Guild of Church Musicians offering me an honorary Fellowship for  ‘significant musical achievements’.

At first I wondered why me? But as I reflected on a musical career spanning nearly six decades, it began to add up. 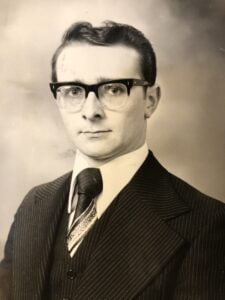 I doubt the Guild was aware of my early start aged ten when I accompanied church services in the tiny hamlet of Bockleton, Tenbury Wells. How hard I had to pedal that squeaky harmonium to get any volume!

But progressing through more significant church posts I found myself at nineteen sub-organist for Birmingham Parish Church, St Martins in the Bull Ring. Here my organ playing skills improved rapidly under the pressure of live Choral Evensongs, World Services and recorded Songs of Praise with the BBC – not to mention back-to-back weddings every Saturday. It was a privilege to serve under Geoffrey Fletcher from whom I learned so much about choir training.

Next came a ten-year stint with the Church of Ireland as Organist and Master of the Choristers: first with St Fin Barre’s Cathedral, Cork, then St Anne’s Cathedral, Belfast. In Cork I was able to straddle the Protestant / Catholic divide by building up the Cathedral chorister section from scratch and by forming the North Monastery Boys Choir at the local Christian Brothers school – the largest in Eire. There was occasional cross over between the choirs and some catholic boys even became choristers at the protestant cathedral.

Belfast provided more opportunities for BBC broadcasts, this time as conductor. There is nothing that focuses the mind so sharply as a live broadcast of choral evensong! Never work with children or animals!

Then came my return to Leeds in 1988 to build up a freelance musical career. In the early days I remember performing organ recitals around the country, including two at St Paul’s Cathedral in London. I took on both the York Minster Chapter House choir and the Bradford choristers for a few years. Then the vicar of St Mary’s Whitkirk asked me to rebuild the chorister tradition, which I did successfully. It has been a great joy to keep in touch with many of my former choristers from church and cathedral through social media.

In the early days back home I took anything that provided the means for a living, which meant accepting an overseas examining tour with the Associated Board of the Royal Schools of Music. Summer 1989 saw me attempting to fly to Singapore with five colleagues, courtesy of Air India, only to get stranded in New Delhi – not even on the original flight plan.  The ‘Delhi six’, as we became known, arrived in Singapore three days late! Whilst there, I played for 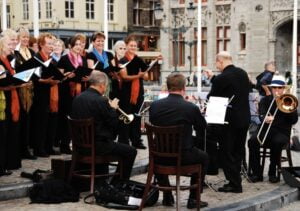 church services in spare time, which led to invitations in subsequent years to conduct massive combined church choir festivals. At the time there was a significant christian revival in Singapore.

In 1989, I auditioned successfully for the  Yorkshire Chamber Choir in Wakefield. It quickly shot up in numbers to become the Yorkshire Philharmonic Choir – which I still direct more than three decades later. What a wonderful relationship we’ve had! Some of the highlights (both musically and socially) have been the memorable trips to Germany, Belgium and France.

In 2005 I added Harrogate Choral Society to my portfolio. With these two major choirs I have conducted numerous sacred concerts and services in a variety of concert halls and Cathedrals in England, Ireland and Scotland. CD Recordings of choral repertoire were made in Cork, Belfast and Wakefield Cathedrals. 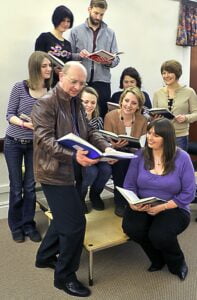 During my time back in England I examined for the Royal School of Church Music and conducted Diocesan choral festivals. I also played for, and conducted BBC broadcasts for live Radio 4 Daily Services.

In 2004 I was invited to follow the legendary Francis Jackson in conducting the NHS annual carol service in York Minster. What a privilege! This rewarding challenge continues to the present. 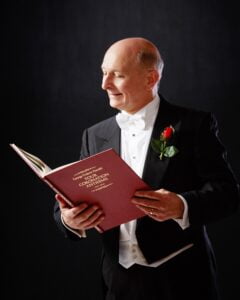 On looking back, one of my greatest personal delights has been to conduct the Messiah in cathedrals, concert halls and less likely venues, taking this inspired work to non-traditional audiences.  The riveting performance with Harrogate Choral Society in Tennants concert hall, Leyburn, last December has to be one of the most memorable – a glorious end to my tenure with the choir.

So, I have accepted the Guild of Church Musicians’ Honorary Fellowship. Perhaps I have earned it after all. The presentation has been delayed due to COVID-19, but I look forward to the ceremony at Hereford Cathedral next year.

As I implement my staged retirement plan, there will be more time to attend Guild events in a variety of interesting venues and to meet other professionals. Contact with this illustrious company should be stimulating – and help keep the rust from taking hold too quickly.