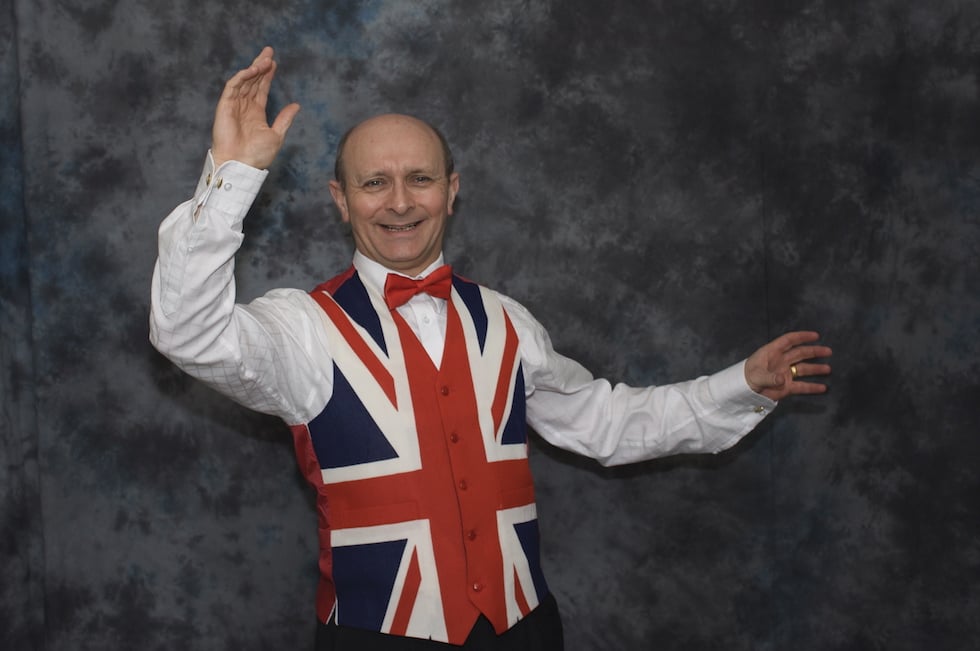 Andrew Padmore is a popular conductor with choirs and orchestras internationally and is a leading figure in the choral world. He works with diverse forces ranging from small chamber choirs at the BBC to the largest symphony orchestras and choirs like the famous “Huddersfield Choral Society”. His work is highly praised by critics, audiences and by the performers with whom he works.

He is the resident conductor and artistic director of the Yorkshire Philharmonic Choir and Yorkshire Chamber Choir. In his time with this choir it has more than trebled in size, invariably performs to capacity audiences and is described by the critics as “a leading musical force in Yorkshire” and in the German press at an International Choral Festival as “the highlight of the Festival”. A recent concert review in the Yorkshire Post began “Saturday’s concert sent its audience away in raptures. Our formidable regional choir and its virtuoso choral trainer and conductor Andrew Padmore – about both of which we have every reason to be passionate with enthusiasm clearly rewarded their listeners with performances of precision and clarity, robust breadth and sensitivity, all the result of careful groundwork and skilful leadership.” He is also music director of Harrogate Choral Society.

In the orchestral sphere he is particularly well known in the U.K. for conducting summer outdoor performances of “Last Night of the Proms” type concerts attracting audiences of many thousands.

However, he is just as happy conducting the more serious repertoire in the concert-hall.His ability to get the best out of an orchestra and choir on minimal rehearsal is legendary and his interaction with audiences make his concerts memorable.

As a choral conductor he is frequently booked to conduct the major choral repertoire with choral societies throughout the U.K. and abroad, and all with subsequent invitations to undertake further engagements. Choirs find his approach dynamic and inspirational and professional soloists comment on his intuitive support. Soloists in recent concerts have included Dame Emma Kirkby, Patricia Rozario, Mark Padmore, Alfie Boe, Sir Willard White, Michael George etc. He conducts at various Arts Festivals and for large-scale Church Services e.g. the annual NHS Carol Service in York Minster (with a choir of over 300 medics and nurses and congregation of over 3000!).

Andrew has conducted several “first performances”, including an opera “The Nightingale and the Rose” by Oliver Rudland at the Royal College of Music in London and a work for Brass Band and Choir by Ben Oliver premièred in Wakefield Cathedral..

He is also frequently engaged to direct Choral workshops and masterclasses.

Yet again, Andrew Padmore demonstrated what a good conductor he is, sensitively accompanying Nicola Benedetti and drawing fervour as well as precision from his choir. He is obviously a Mozartian to the core because he paced the works so convincingly.

Many congratulations to all but especially to Andrew Padmore for drawing all the threads together to produce such an amazingly rich performance of this wonderful and enduring masterpiece.

Under the authoritative baton of maestro Andrew Padmore the choir combined with the orchestra to give a strongly faith-affirming recital.

How Can I Help You?