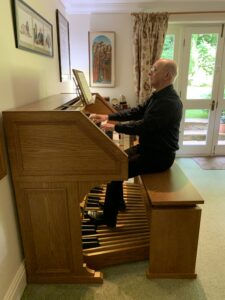 This Academic year began with an eventful September.  I continued to practise my lockdown organ repertoire alongside some return to normality with teaching, rehearsals and concerts. Additional work came with an invitation to address the  Elgar Society in York on the composer’s works from a conductor’s perspective, and a request to deputise for the Director of Music at Wakefield Cathedral. Finally, a year after the award was granted, I was able to travel to London to receive an Honorary Fellowship of the Guild of Musicians and Singers.

Singing students returned full of enthusiasm and I entered my first candidates for the ABRSM performance grades. The practicalities of video recordings and uploading files challenged my technical skills, but high results made it well worthwhile. Several Diploma candidates entered for face-to-face exams (each examined by different examiners)  – all received distinctions. It is good to be working again with talented young musicians. 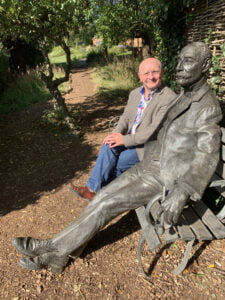 The Yorkshire Philharmonic Choir came back together in surprisingly good voice with renewed vitality and commitment. My prediction that ‘if any choir would survive the pandemic, it would be YPC’ proved so true. New members queued up to be auditioned and many have been admitted to the ranks.

Two performances took place at the start of November followed by two carol concerts before Christmas. Rehearsals are now underway for a performance of Haydn’s Creation on April 9th in Wakefield Cathedral.

Apart from these regular activities: guest conducting engagements, choral workshops and organ recitals are keeping my mind active and my fingers nimble.

Despite being double vaccinated, I contracted COVID at the end of September, which made me quite poorly for just over a week. I have since had the booster as well as a flu jab, so hopefully will see the winter through without further health disruption! 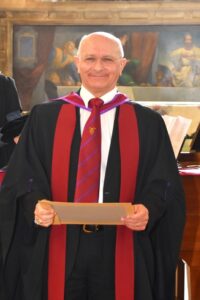