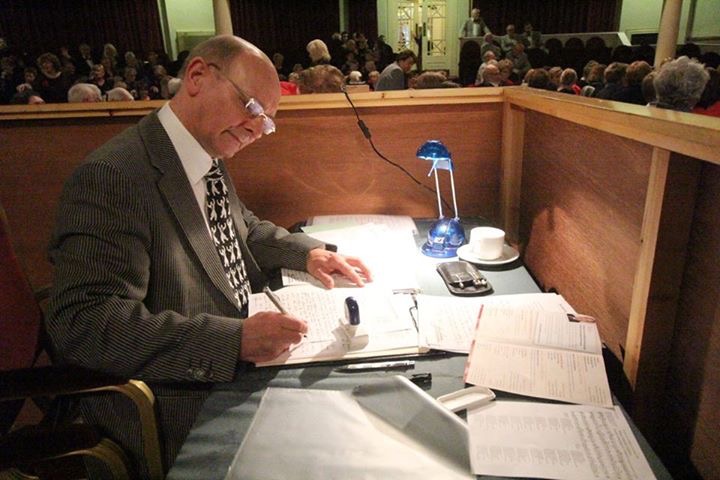 Andrew has examined for ‘A’ Level music boards, several ‘music examining boards’, at universities and conservatoires. He has been on the panel of examiners for ABRSM for over 35 years, still examining for their higher Diploma qualifications.

His examining work has taken him to Africa (Kenya, Zimbabwe, Malawi and Tanzania), Borneo, Hong Kong and Singapore. He has also examined extensively in England, Ireland, Scotland and Wales, and has examined in most of the British Conservatoires.

Andrew has been an adjudicator member of the British and International Federation of Festivals for many years, and has had periods when he was one of the busiest adjudicators in the country. He has been on the panel to appoint new adjudicators and has been an examiner for adjudication qualifications. As his other professional engagements as a performer have increased, he has had less opportunity to accept adjudicating engagements. He does however still manage to adjudicate at a few festivals each year. He has been on the panel of adjudicators for several International Choral and Musical Festivals.

How Can I Help You?